Would you like to switch to the accessible version of this site?

Don't need the accessible version of this site?

NUCCA is a unique form of Chiropractic spinal health care that uses a specific procedure focused on correcting a small misalignment of the upper neck known as the Atlas Subluxation Complex. This subtle correction ultimately restores optimal balance to the entire spinal column. Because the spinal column protects the central nervous system that controls and coordinates all body functions, good spinal balance is critical to good health.

Extensive research and clinical studies show that improved body balance effectively reduces stress throughout the body and helps to relieve pain and stress. Although the NUCCA correction is performed on the neck, it affects the balance of the entire body.

In 1941, two chiropractors from Michigan, Dr. Ralph Gregory and Dr. John Grostic Sr., joined together in developing a more accurate method of rebalancing the body. This procedure has effectively helped to reduced pain and discomfort and worked to enhance the overall well being of many thousands of people. Their work proved to be very successful and eventually other doctors and professions have joined in their pursuit of studying the benefits of this care. 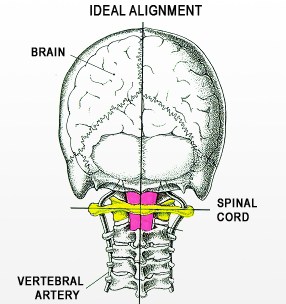 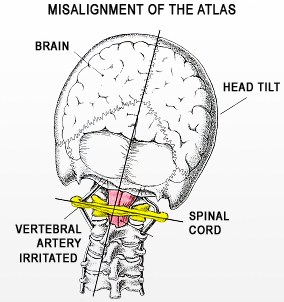 Who would ever think that gentle manipulation/adjustment of the upper cervical spine could alleviate lower back or sciatic nerve pain?  For nearly 40 years, the NUCCA (National Upper Cervical Chiropractic Association) system of chiropractic has researched the relationship of the ASC (Atlas Subluxation Complex) and its effects on the rest of the spine.  The atlas is a 3 oz. Vertebra located at the top of the neck that supports the head which weighs about 10 - 12 pounds in an average adult.  NUCCA research has revealed that the atlas need only misalign (subluxate) 1/16" on the occipital condyles (where the skull and atlas join) to irritate nerve centers in the upper spinal cord and brainstem resulting in misalignment of the entire spine and pelvis.  Therefore, the term, atlas subluxation complex, is used to describe effects of the atlas misalignment on the nervous system and spine as a whole.

Symptoms commonly associated with the atlas subluxation complex include headache, vertigo (dizziness), mental fog (unclear thinking), spinal pain at any level, numbness, tingling or pain of the upper or lower extremities (arms and legs).  Because of the effects of atlas subluxation on the central and autonomic nervous systems, dysfunction of other organs and systems can result as well.

Detection and correction of the atlas subluxation requires specialized training within the chiropractic field.  Chiropractor Vince Fitzpatrick's chiropractic education includes an additional 5 years within the NUCCA organization to become certified for the Spokane area.

Find us on the map